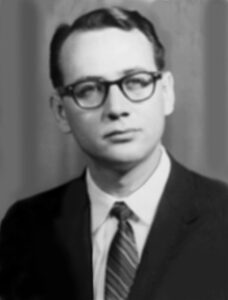 Aldrete, was one of the first pioneers that advocated for equality and school desegregation on behalf of the American GI Forum. Below are some brief accounts and contributions made by Cristobal Aldrete as portrayed Wanda Garcia, daughter of AGIF Founder Dr. Hector P. Garcia.

We have all heard the expression, “There are no accidents.” The truth is all that we experience is by plan, and so is what we attract to our physical world. I have always believed that God sends special people to this earth to accomplish specific work on this earth and the right people and circumstances turn up to help with the effort.

In the 40s and 50s, the quality of life was dim for Mexican Americans. They attended segregated schools, rarely completed grammar school, could not hope to get a fair trial by jury, and could only aspire to hold menial jobs. The poll tax kept low-income Hispanics from voting.

Even Mexican American students who spoke English were placed in segregated schools.

This is the world my father was born into and these conditions provided him with the impetus to make the world better not only for him but for his people. My Papa was not the only one chosen for this mission.  Other men with special skills were needed to meet challenges in the areas of health, education and law. Among these Tejanos was Cristobal ‘Cris’ Aldrete.

Papa always said that Cris single handedly desegregated the Del Rio ISD.  In fact, Cris had a long history of being involved in school desegregation cases. In 1949, he lodged a complaint with the Texas Department of Education against the segregated Del Rio school system on behalf of the Alba Club founded by Cris. Ultimately, the state required that public schools in Texas end segregation based on national origin by September of 1949.

Cris was involved in the case of Delgado v. Bastrop Independent School District.  Aldrete was one of five attorneys representing Hernandez on behalf of the AGIF and LULAC in Hernández v. State of Texas.

I became acquainted with Cris while he served in the American G.I. Forum (AGIF), as State Chairman in 1953.  Later I had the honor of working with Cris for several years when he worked for U.S. Senator Lloyd M Bentsen Jr.  We lost touch when he retired from the Senate office.  The last time I saw Cris, he was battling liver cancer.  Always the optimist, Cris said he was looking for a job.  He died 5 months after I saw him in 1991.

Cris, an early AGIF leader, a Mexica-American Civil Rights leader and a Great American will be honored at the AGIF Annual Tribute Luncheon. We invite you to be a participant and learn more about this great man at this important event.