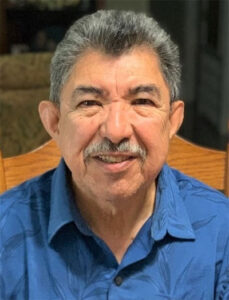 American GI Forum of Texas, Inc. Report: HOUSTON, Texas – We sadly report the passing of another one of our members from the Houston Lucian Adams Chapter, Mr. Erasmo Ortiz. Ortiz was a Decorated Marine Veteran who served during the Vietnam War. He was a Purple Heart Recipient, received the Combat Action Ribbon, National Defense Service Medal, Vietnam Service Medal, Republic of Vietnam Gallantry Cross Unit Citation and the Republic of Vietnam Campaign Medal.

Following high school in Corpus Christi, Erasmo moved to Houston, where he met Apolonia. In 1968 they married. Erasmo joined the United States Marines Corps. during the Vietnam War. Afterwards Erasmo held a long-standing employment career with Wallace Company and Sunbelt Supply Company, where he recently retired.

He enjoyed spending time with his wife, children, and growing grandchildren. Erasmo enjoyed the company of friends, mentoring and sharing military stories with the young adults of the community and with anyone who was interested. He will be deeply missed by his family, friends, and all who knew and loved him. He will remain Forever in our Hearts.

After services and a funeral mass at the Co-Cathedral of the Sacred Heart and followed by Committal Service at the Houston National Cemetery, where Erasmo was laid to rest.

The American GI Forum of Texas offer condolences and prayers to the entire Ortiz Family and to the Houston Lucian Adams Chapter. May Erasmo Rest in Everlasting Peace with our Lord and Savior